Team A cruises (easily) to the final of your standard knockout world cup (of any sport).

Team B struggles desperately in every match but always find a way to scrape through eventually to the final.

Based on your experience of watching sport, assuming the tournament was correctly seeded and every one given the same rest etc, and perhaps assuming both teams are evenly matched as the top two seeds, who is more likely to win the grand final, A or B?

Andre Lim
Posted by Andre Lim at 16:17 No comments:

It's the final showdown. 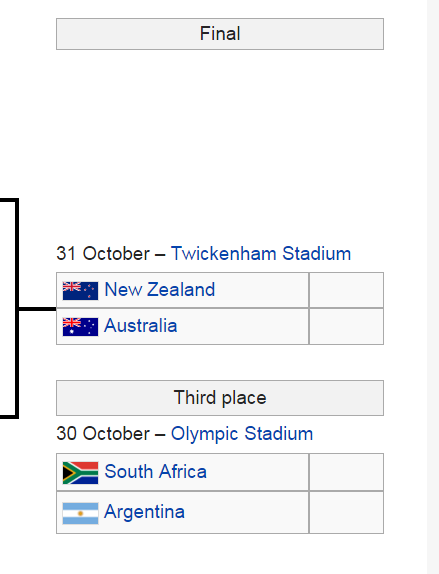 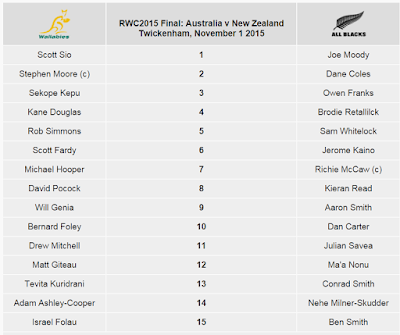 Andre Lim
Posted by Andre Lim at 17:02 No comments: 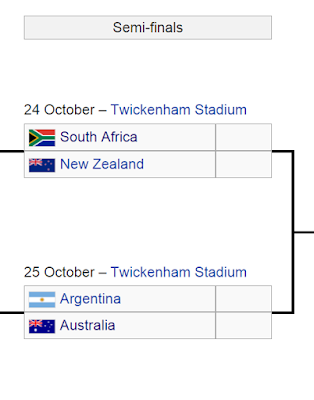 Semi-final #1: A close game for 50 minutes, then New Zealand to win by a converted try.

Semi-final #2: Given their past head-to-head record and Los Pumas being familiar opponents of late, Australia to scrape through narrowly by 3 to 5 points. Despite the loss of Sio, Pocock and Folau. And despite their dampened confidence from the Scotland game.

Andre Lim
Posted by Andre Lim at 23:02 No comments: 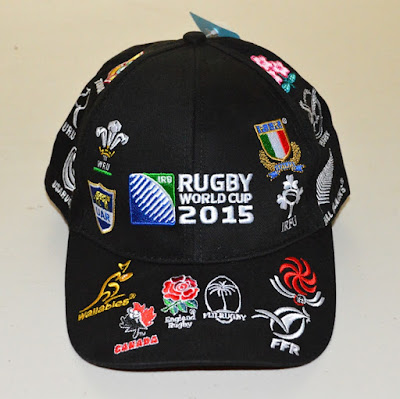 It's pretty cool - and looks much too good to wear! 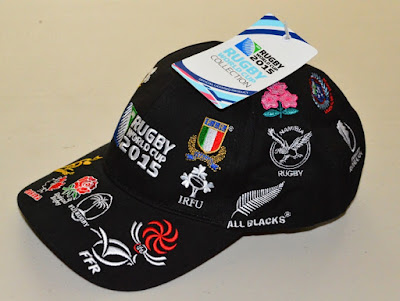 (Cheers to my mum for showing off her photography skills) 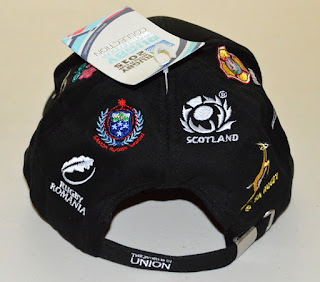 The Wallabies certainly got away with one there. Scotland gave it everything and the Wallabies gave away too many cheap tries, especially from crazy charged-down kicks.

I watched the second half live from about 3am onwards.

I seriously thought we had lost once the scoreline was 32-34.

I don't even know how that penalty was given - that Scotland player must feel so bad for giving away the penalty.

And what about Bernard Foley - Having missed 3 out of 6 kicks from that point (I think, from memory) he had to summon the focus to put that penalty in at around the 79th minute. If he didn't it was game over.

And the other crazy thing was that the Scotland fans apparently had been praying for rain - presumably because they play better in that condition. And they got the rain they wanted!! And they actually DID look like they played better in the slippery environment. Wow, some super power they have.

The Wallabies seriously need to improve if they are to have any chance of winning this World Cup.

Scotland can hold their heads up high.

Andre Lim
Posted by Andre Lim at 07:22 No comments:

Disclaimer: I've not watched enough of this Rugby World Cup to actually make serious calls, but I thought I would just do this for kicks. 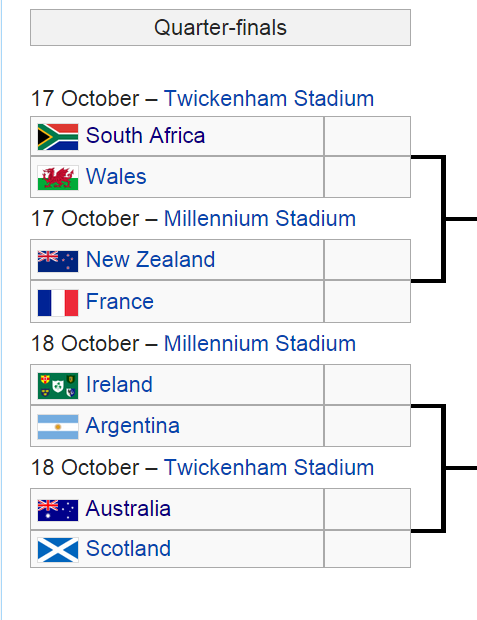 South Africa v Wales - South Africa, by virtue of injuries to Wales. A convincing but not a thrashing victory. Say, 18-12.

Ireland v Argentina - Ireland, despite their injuries, to break their duck of never making it past the quarter-finals. Just. Say 9-8. Too close to call. I admit that I am just taking a random guess here.

Australia v Scotland - Australia. Contrary to what many might think, perhaps a scrappy victory by the Wallabies. Say 20-15.

In an ideal world though - or if I called the shots - I would have France play Wales and Australia play Argentina in the Semi-Finals.

I do not know which upset I want more. I like the South African team (they are probably my second favourite team), but I would be quite happy if Wales won for some strange reason. But it would be fantastic to see the All Blacks lose again to (vive la) France..

Many are putting their money on an-all Southern Hemisphere Semi-Finals, which looks very possible according to the bookmakers.

Not that I am a betting person.

Andre Lim
Posted by Andre Lim at 20:06 No comments:

A grinding victory by the Wallabies.

I hope they haven't peaked too early, but theoretically this should set up an easier path to the final...

Nonetheless, we have Scotland first so let's not jump the gun!

My next question is this:

(Bearing in mind that I am no longer at uni)

Andre Lim
Posted by Andre Lim at 18:57 No comments:

Great win by the Wallabies. I am very happy that I woke up at 6am to watch the match :)

(Even with the slight hurdle of Daylight Savings)
Posted by Andre Lim at 13:32 No comments: