Varig flight 254: the price of complacency

Have you ever made a blunder at work but decided to delay fessing up?

Have you ever let a distraction get in the way of your work responsibilities?

Do you just assume that your boss or leader is correct and follow whatever they say?

The curious and tragic case of Varig Flight 254 is an excellent case in point that deals directly with these issues.

Importantly it covers the topics of human error and systemic error - both of which are all too common in the workplace.

In or around 3 September 1989, Varig Flight 254 was due to depart from São Paulo to Belém, both located in Brazil. 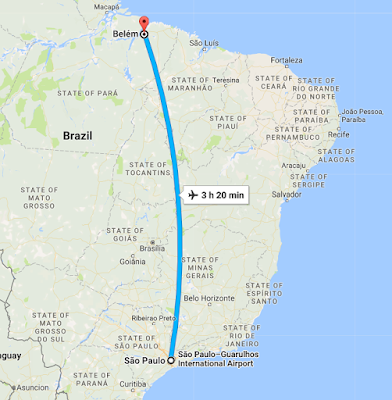 The 8-hour flight involved numerous stopovers, but the final stopover was at Marabá. Marabá to Belém represented the final leg of the flight. 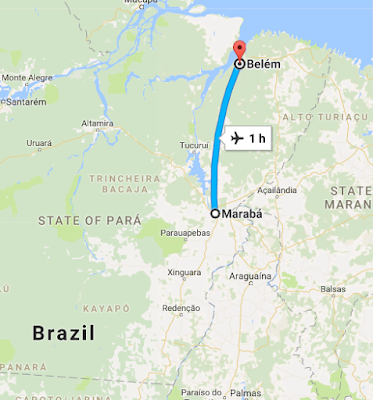 The estimated flight time from Marabá to Belém is roughly about 1 hour.

You will see from the above maps that Belém is north north east of Marabá.

At that time, the procedure for starting up a flight involved the captain punching in the location of the destination. The captain's co-pilot also had to verify the coordinates.

For this last leg of the journey (from Marabá to Belém), the flight plan provided by the aircraft company told the pilots to use the following true bearing:

In order to understand what happened I may have to briefly explain what true bearing is.

True bearing is a way to measure where one location is in relation to another using the angle created by imaginary lines.

For example, with the help of www.geomidpoint.com, I have found that Brisbane sits at approximately 14.1º from Sydney because the imaginary line from Brisbane to Sydney makes an angle of 14.1 degrees with the imaginary vertical line protruding from Sydney as below. 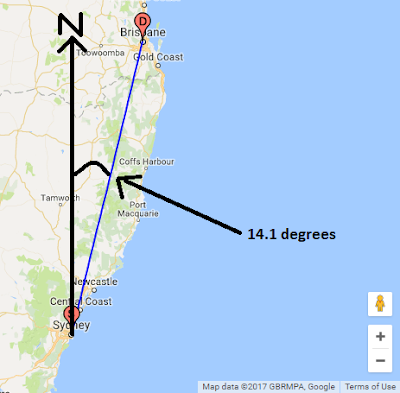 So if you want your plane from Sydney to fly West as a further example, vaguely towards Perth, you'd very roughly be flying at a true bearing of about 270 degrees as per the below diagram. 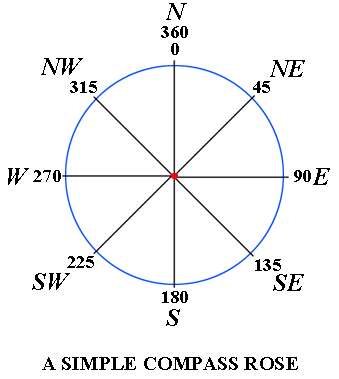 Back to the flight plan.

The pilot had assumed that his instructions of 0270 meant 270 degrees true bearing.

Unbeknownst to the pilot, the airplane company had recently changed their system of providing flight plans.

Previously all flight plans contained a true bearing that was three digits long.

The fourth digit was actually a decimal column!

The pilot was allegedly on vacation when this change happened and had not been briefed on this new system.

And this makes sense, because you will see that Belém sits above Marabá, presumably creating an angle of about 27 degrees with the vertical.

So the pilot punched in 270 degrees instead!!!


Brain in 'robot' or 'autopilot' mode at work

How many of us have just blindly followed instructions without questioning them? That is what happened here.

The flight from Marabá to Belém was due to occur at 17:20, when the sun was setting.

Many of the passengers observed that the plane was flying directly into the sun, that is, in a westerly direction!! Which matches a true bearing of 270 degrees.

The pilots did not think to question why they were flying West when their destination was North.

Unfortunately Varig flight 254 ran out of fuel and an emergency landing was required. Apparently 13 passengers out of 54 occupants died from the crash.

After waiting 2 nights for rescue to arrive, a group of brave survivors decided to venture out into the Amazon forest to look for help - and they found some farmers who helped them make contact.

Aircraft crash investigators were shocked to find that the plane was in a completely random location, nowhere near the intended destination of Belém.

The plane flew west at first; as their flight time was 30 minutes longer than anticipated, the pilots then thought they had overshot the airport so they performed a u-turn.

The head pilot saw a river and took this to be the Amazon. So he followed it because the Amazon was a familiar landmark to him, as he had used it on previous occasions to guide him north to Belém.

But this was not the Amazon. The river was in fact the Xingu river that led the plane south.

The full flight path is listed below, courtesy of a few blogs.

The plane crash site was located some ~1200km away from the destination city.

I won't go into the full details here, but here are some of the hiccups that occurred:

In my view the key culprit would have to be the system, at point number 1.

The system should be as fool-proof as possible. If it's true that the pilot was not updated of the new numbering system, it's quite understandable why someone would enter that true bearing in and not question it -- although a more alert pilot might start to question this decision after take off.

The head pilot was arguably also at fault for not swallowing his pride and advising the communications tower at Belém of his mistake.

I think this is a great example that is directly applicable to the workplace. Just because you are given instructions to do something does not necessarily mean you should just blindly follow those instructions. I think we need to at least ask the right questions.