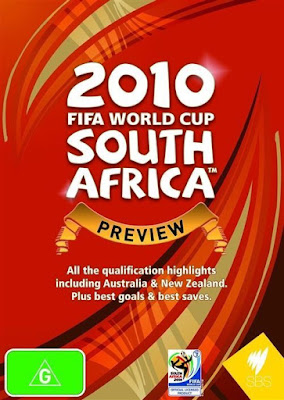 2010 FIFA World Cup South Africa Preview offers a good-run down of how each of the 32 teams got to the 2010 World Cup. This DVD is probably the minimum standard I would expect of a World Cup Qualification campaign highlights DVD.

Good coverage of all teams

While all teams' qualifying campaigns were covered, I particularly enjoyed the brief, but crucial, coverage of the lesser-known countries such as Honduras and the All Whites.


While the coverage of these smaller teams' achievements was not as extensive as the major big guns of the competition, I thought that the average football fan (such as myself) would greatly appreciate the insight into the struggles each country (big or small) had to endure to make it to South Africa 2010.

As a football fan and a person who likes learning about countries, I think it's great that the DVD captured all qualifying campaigns.

As mentioned above, some teams get more coverage than others. That is to be expected. The bigger teams are more popular (and better!) and a team like Australia, for example, probably couldn't justify a longer viewing.

There are some great shots of fan crowds in this DVD.

One downside of this DVD is that the quality of the footage is not always so great, but that is probably because different confederations may have different video footage quality so the consistency of images can't be guaranteed. I suppose that's understandable.


No doubt any such list would be subjective but, as I understand it, the importance of the goal - how critical it was to that team's progression to the World Cup - played a part as did the quality of the goal itself.

The list is quite good to watch and makes for pleasant viewing.

There are also plenty of player interviews.

I remember one of the Serbian players, Stojkovic, talking about Serbia being prepared against Ghana and Germany, before quickly adding (as if realising he caused offence to Socceroos fans and had to make up for it):

"But Australia too, we are ready for their English-style football." 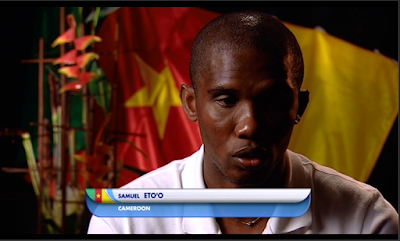 It was also funny seeing, for example, Samuel Eto'o passionately overhyping Africa's chances of making it far in the World Cup (all in hindsight of course) or Piotr Trochowski of Germany implicitly not rating Australia and saying that the Germans were chiefly focussed on the Ghana and Serbian matches.

The array of interviews is diverse and provides plenty of entertainment. Other people interviewed from memory included Kaka, van der Vaart and David Villa.

Some of the interviews are a bit too long though in my opinion.

As a minor feature of this DVD, the host towns in South Africa are also covered. Video footage of towns, people, culture and wildlife are all shown.


Weird - reflection on the future that has already gone by

Being a preview, the DVD keeps speaking of the World Cup 2010 as a future event, which can be a little strange sometimes. It's not necessarily a bad thing, as it helps viewers to appreciate the questions that were raised prior to the tournament and to reflect upon how those questions were eventually answered.

I think this DVD does a good job and sets a decent benchmark for qualification DVDs.