Thank you to my wonderful girlfriend, Qianyi, for making the last two weeks back-to-back special and memorable. Looking forward to more memories made together :))

Thank you to my sister Chloe, and mum and dad for their love and support over the years.

Thank you to my friends for being just that and for the laughs we've shared.

Thank you God for everything so far and for another year ahead! What do You have in store?

The final round of CONCACAF WCQ was crazy.

USA got knocked out thanks to a Panamanian ghost goal coupled with a Honduran and Trinidadian and Tobagan upset. 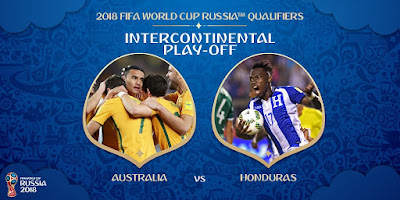 Some funny tweets on the USA's exit emerged, such as this one: 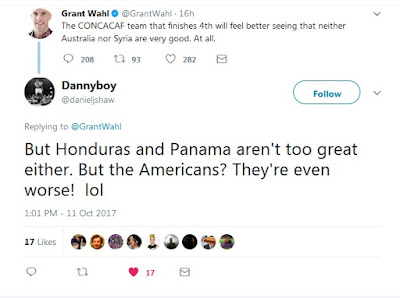 We don't have a good record with final round intercontinental playoffs - we've only won 1 of the past 5 against Scotland, Argentina, Iran, Uruguay and Uruguay.

(We did beat Canada in the 1994 Qualification Campaign on penalties, but then lost to Maradona's Argentina) 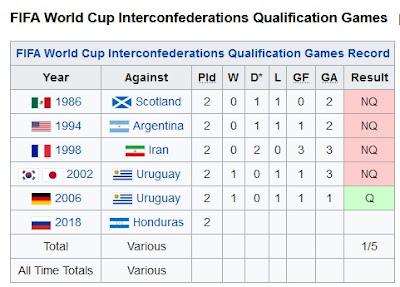 However for some reason ESPN's Soccer Power Index has given us a 68% chance of qualification.

(But don't get complacent!) 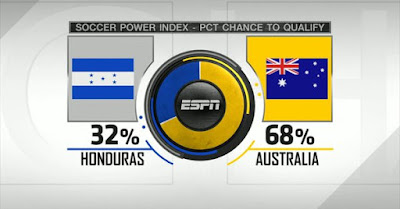 Sportsbet gives us a 50-55% chance of qualifying.

Sportsbet also seems to be quite optimistic about our chances during our away leg - only giving Honduras a roughly less than 50% chance of a win.

WeGlobalFootball doesn't agree either with Sportsbet, projecting a Honduran sweep and giving them a 53.55% chance of qualifying. 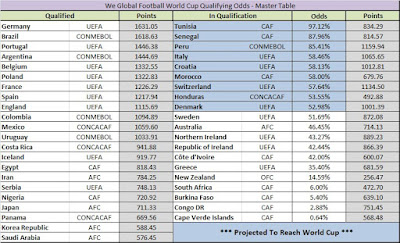 What to expect from the Hondurans? 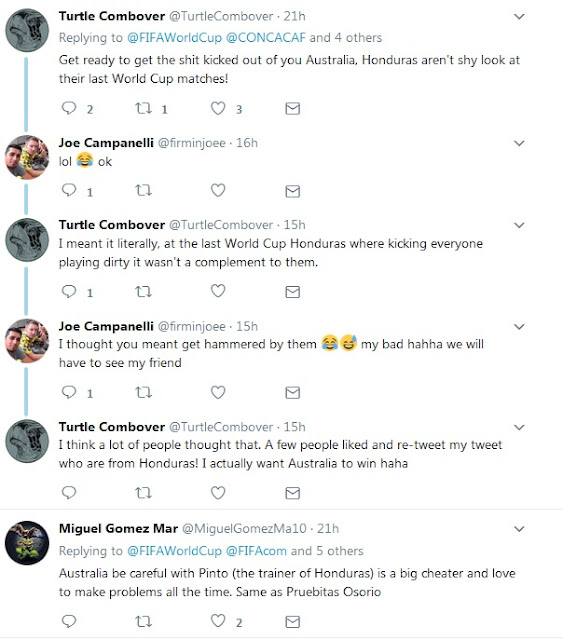 Weather: A tropical, humid and hot day with possible showers. This is a deliberate tactical decision on the part of the Hondurans to play their recent qualifiers at 3pm or 4pm, where the heat is arguably the strongest at this time of day. Their players would be acclimatized to such conditions.

Attitude of Hondurans/Views on Honduras:

"Australia is not a power - and they are English styled, relying on long balls"

"We will play to the death." - Maynor Figueroa, captain (suspended for the first leg)

"Australia should fear us, but only on the sporting pitch - claims that fans outside of the match will attack or be hostile towards the Socceroos are unfounded."

"In Honduras, we had a truck in front of our team bus and one behind with heavily armed guards every time we traveled." - Pim Verbeek

"Central America and South America are one of the 'most dangerous places' to travel to - due to things such as hostile crowds and the conditions on and off the pitch (eg. unforeseen inconveniences like having to walk 10 flights of stairs due to the hotel elevator breaking down)." - Alex Tobin

"This repechage match will not be easy. Australia has great players but I am confident that coach Pinto will take Honduras past Australia."- ex-Honduran coach.

"The Socceroos are playing into the Hondurans' hands by not flying there on the day of the match." 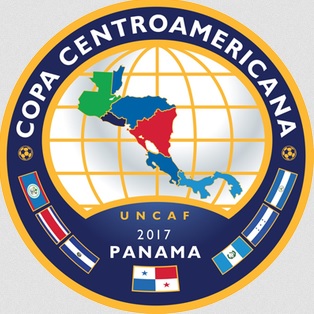 Honduras are the champions of the 2017 Copa Centroamericana, ousting Costa Rica and hosts Panama. Honduras won 4 games and drew 1. 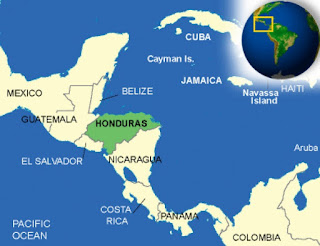 Their record in the CONCACAF Hex is mixed. 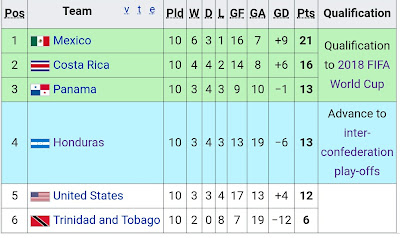 It seems like they have the potential to lose big away from home. This could be the key.

Any of the scorelines above that their opponents have come up with at San Pedro Sula would actually be good for the Socceroos. 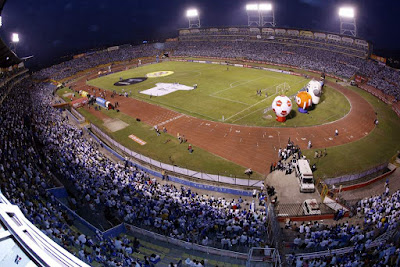 We should also expect a hostile Central American crowd.

The Socceroos have decided against camping in Nicaragua (supposedly the safest country in Central America) or Miami. They will instead take on the bull by its horns and arrive in three groups (from memory), with the first group possibly arriving 4-5 days ahead of the 10 November 2017 kickoff.

Australia will supposedly get a charter flight that will make a 17 hour journey from San Pedro Sula to Sydney. (If they went commercial, it would take at least 24 hours+, and possibly 37 hours). Apparently, FIFA has provided AUD$200,000 funding to each of the 4 intercontinental play-off nations (Peru, NZ, Aus, Honduras) to assist them with their travel.

What we are talking about here is arriving on Sunday morning 12 November (charter flight) vs arriving on Monday (commercial flight). A world of a difference!

Apparently Leckie and Milligan are also out for the first tie in San Pedro Sula so it would seem that they will not be travelling to Honduras.

The rumours of him leaving did not help - and he didn't exactly clear the waters either. However, today's talk was one of his more impressive and composed interviews. I liked how he was positive about the trip to Honduras.

Let's hope the team is focused.

PS. Apparently NZ and Peru have both sought the financial assistance of FIFA - they want to share a charter flight back to Peru!! Imagine being in the same plane as the enemy.

I also saw that 20,000 tickets were sold for New Zealand's first leg at Westpac stadium...in the first hour!
Posted by Andre Lim at 20:44 No comments:

No Aaron Mooy apparently - is that fake news?

(Forgot to hit post before the match)
Posted by Andre Lim at 23:50 No comments:

Andre Lim
Posted by Andre Lim at 23:41 No comments: 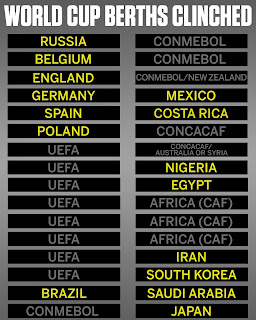 As of this morning, ANZ Stadium have said that there are approximately 40,000 people (so far?) turning up tomorrow to watch the Socceroos v Syria.

Should be a cracker.

Andre Lim
Posted by Andre Lim at 18:15 No comments:

Is it possible to have 2 equally favourite games? 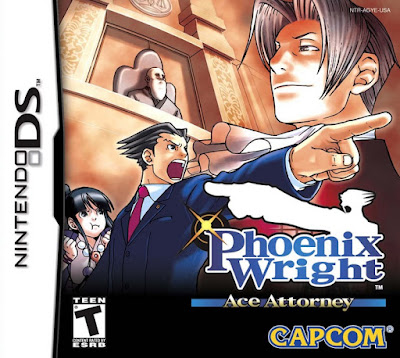 This, and Professor Layton and the Curious Village.

*Edit: since this post was made, my favorite games are now Professor Layton and the Unwound Future and possibly Ace Attorney: Trials and Tribulations.

Hanging by a thread 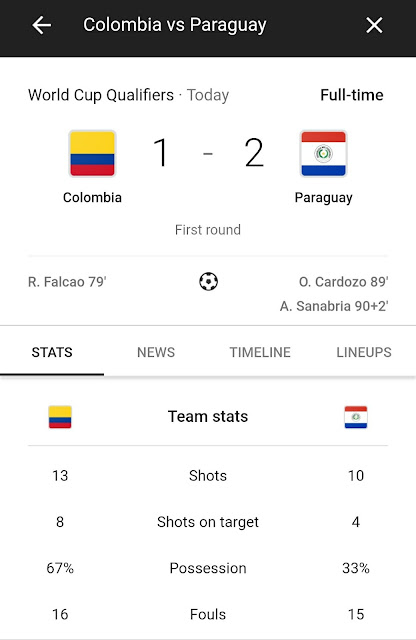 "In the 87th minute, Colombia was punching a ticket to Russia and Paraguay was eliminated. That's an unbelievable odds swing" - We Global Football 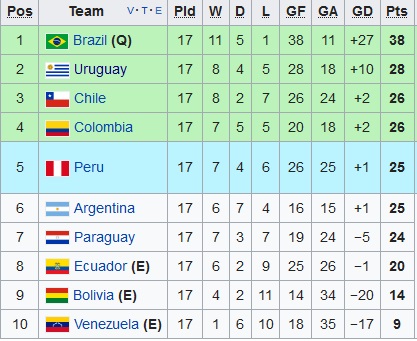 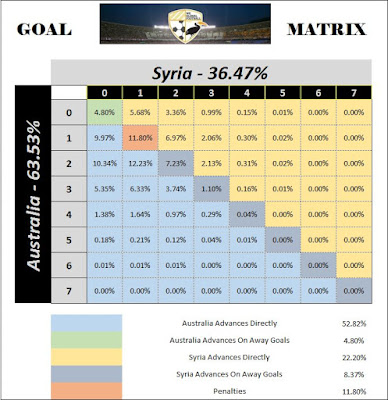 And Iceland and USA are on the verge... 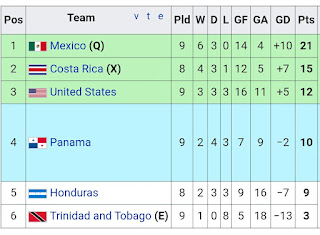 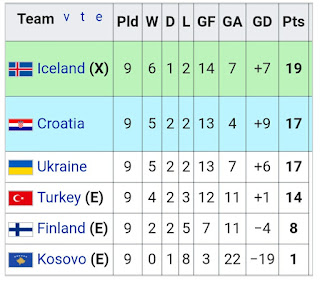 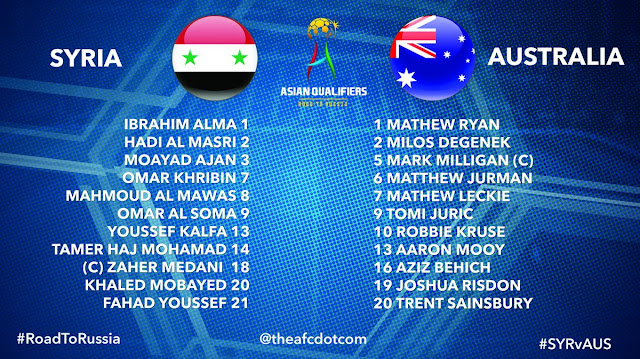 At first I thought this was a back 4 until I saw Degenek.

Andre Lim
Posted by Andre Lim at 22:53 No comments:

Group I - Croatia, Iceland, Turkey and Ukraine - what a ridiculously tight group. I hope Iceland goes through.

All groups in CAF are insane, but particularly Group D which has turned cut-throat because Senegal get to replay their match against South Africa. Burkina Faso are not happy. 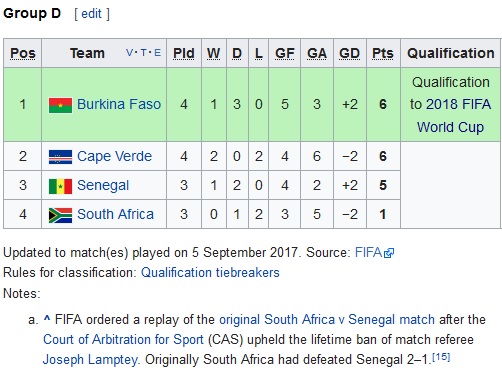 In Group B, Nigeria play Zambia and could seal qualification with a win and perhaps a draw.

In Group A, DR Congo is playing catchup - there are no more 6-point head to head matches between the two; DR Congo will have to rely on Tunisia slipping up.

In Group C, Ivory Coast, Morroco and Gabon are 7, 6 and 5 respectively.

Uganda (7) and Ghana (5) are also playing catch-up to Egypt (9) in Group E. Ghana travel to Uganda. Egypt eventually have to travel to Ghana. Big matches. 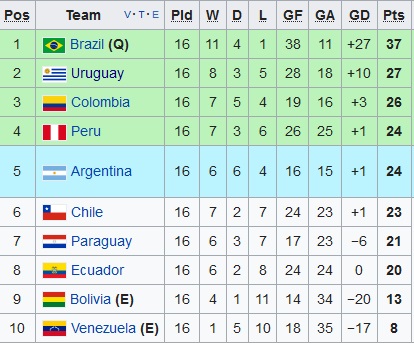 There's just too much crazy stuff going on here. Peru, Argentina and Chile are all hovering near each other. I hope Peru makes it. 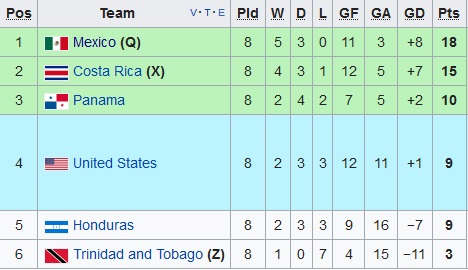 Panama have the opportunity of taking revenge on the US of A for the 2014 World Cup qualification campaign when they were leading 2-1 up, only to be denied by a very late equalizer in the second minute of stoppage time (and then again in the third minute of stoppage time). Had they won 2-1, they would have gone into the playoff position instead of Mexico.

A win against the United States would give them their first World Cup. But they are playing away in Orlando.

And then there's Asia of course, tonight at 11.30PM AEDT.

Not an easy ride.

Andre Lim
Posted by Andre Lim at 17:43 No comments:

"All six of Asia's home-and-away play-off legs across the past three World Cups have ended in draws."

Holy smokes! Looks like this fixture is always a struggle. Will it be different this time because Australia are a team that just missed out on second place?

That said, third-placed teams were not too far off the rest of their respective packs for the 2010 and 2014 WCQ campaigns.

Regardless, given Syria's home record, I think the away leg will be a grind.

Andre Lim
Posted by Andre Lim at 18:36 No comments:

For the record - and it's a little strange saying this given all those years with PlayStation - but my favourite game is Professor Layton and the Curious Village. 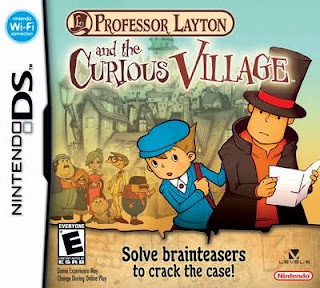 *Edit: since this post was made, my favorite games are now Professor Layton and the Unwound Future and possibly the original Ace Attorney and Ace Attorney: Trials and Tribulations.
Posted by Andre Lim at 23:41 No comments: