What a great game franchise. I start with #1.

Nobuo Uematsu is a household name that I have grown up with over the years. 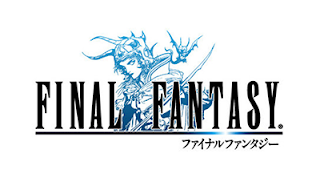 I used to have a whole bunch of screenshots from this game but I can't find the folder where it's at (it is relevant to, and coincides with, my permanent deletion of my Facebook account).

I am a bit lazy to describe the tracks listed here so I will keep it to the bare minimum.

1) Matoya's Cave: This has a nice warm and nostalgic feel to it. I feel like I have just arrived home after a long journey.

2) Battle Scene: In terms of tempo or rhythm, more or less similar to many of the earlier (?) battle themes in the Final Fantasy series in its infancy. This probably comes down to the technology available to Nobuo Uematsu (I am thinking of synth music on the Nintendo Entertainment System or the Super Nintendo Entertainment System). When you get to FF7 onwards it seems as though the battle themes became a lot more complex.

3) World Map/Main Theme - The sense of exploration and adventure, like all famous world map themes, is replicated very well here.

5) Inside a Boss Battle: A rush of blood to the head, this tune encapsulates the frantic action required in a tough boss battle. It feels wrong placing this at #5 but I am not in the mood to play around with this. Potentially it could be #2.

7) Gurugu Volcano (Mt Gulg): An ominous and mysterious tune, yet inviting and bright enough to peak your interest.

8) Ruined Castle: Chilling to the bone - as if something sad has occurred here.

Floating Castle: Music for a sinister and eerie carnival. I really like this theme but can't think of a place to put this on the list.

Victory: This is the typical fanfare melody for the Final Fantasy series.

Prelude: Also a typical staple in the FF series, this theme usually appears at the beginning, or near the beginning, of every Final Fantasy game. There was one game, I think, where it wasn't but I can't recall off the top of my head.