So I stumbled upon some old records from the 1994 World Cup - how crazy is this:

Wikipedia tells me: "Group E remains the only group in World Cup history in which all four teams finished with the same points." 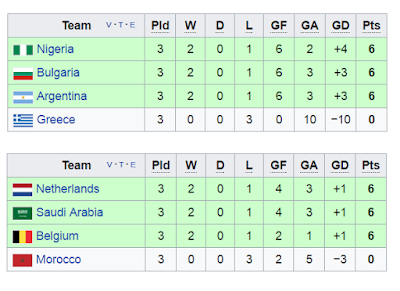 PS. Where has this month gone? Hello March!
Posted by Andre Lim at 21:52