Time for some quick predictions. 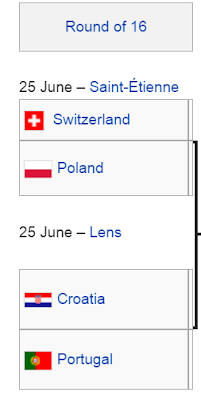 Croatia to beat Portugal 2-1 -- Portugal to awaken from slumber and give Croatia a hard time.

Hungary 1-1 Belgium, Belgium win on penalties - Hungary to put up a strong challenge against Belgium. 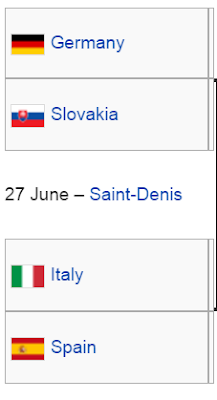 Germany to beat Slovakia 2-1 - a tougher fight than most think. 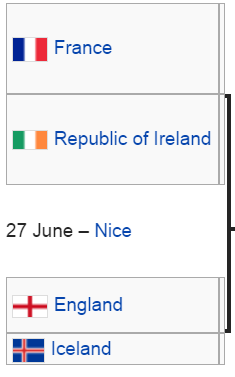 England to perhaps edge out Iceland 1-1 on penalties (to everyone's surprise).

In my heart though I would like: Slovakia to beat Germany, Ireland to beat France, Iceland to beat England, Hungary to beat Belgium, Spain to beat Italy and the balance as above. I am too predictable - I always support the underdog.


My fantasy team has also undergone a drastic change, due to this crazy draw: 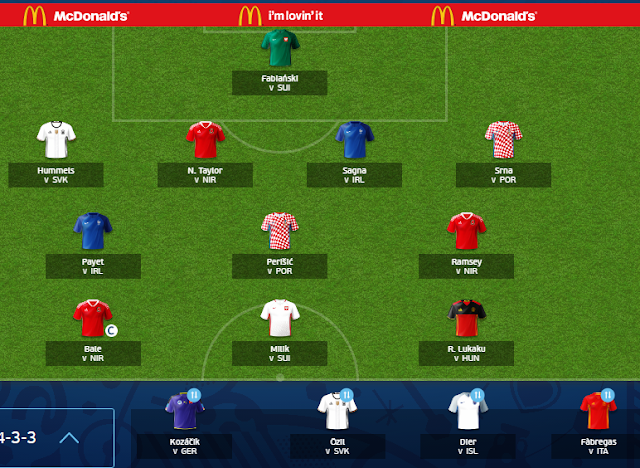