The Settlers of Catan: 5-6 Player Extension

A small box can change everything.
Let's see what the 5-6 Player Catan Extension does for the vanilla game.

Warning: Be careful to distinguish between an "Extension" and an "EXPANSION" - the latter adds new content to the game; the former merely increases the number of players you can play with. The Extension boxes are the same colour as their original (hence, there is even a 5-6 player Extension for the expansion "The Settlers of Catan: Seafarers", which requires the vanilla extension here as well to play)

Price Range (AUD): $22.90  to $38, the latter end of the range being a shipped price. In my opinion even the lower end of this range is pushing it. The box is really quite small. Under $20 is worth it from the consumer perspective, but sadly, in today's inflated market you will never be able to find such a price.

Availability: Quite widely available, in hobby stores and online. May not necessarily be in department stores (even if its vanilla sibling is)

This is a fairly good extension as it makes the map significantly bigger (increasing the map size from the 19 tiles in the original version to 30 tiles here, creating an elongated hexagonal map) AND lets you play with 5 to 6 players.

If you play with 6 players the game becomes very competitive (cut-throat even) in terms of area control and room as there isn't much space to expand, especially given the distance rule. However, the same can be said for playing 4-player vanilla Settlers of Catan on the original game board. Therefore, a trick that many people like to use is to play 4-player Catan using the 5-6 player Extension.

If you wanted something new apart from increasing the number of players, you will be disappointed with this as nothing different is added. That is why it's called an Extension. Contrast this to an Expansion which actually adds new substantive content, such as Settlers of Catan: Seafarers (which I will review soon).

In summary, this is a relatively good thing to buy but some of the prices one sees around are quite excessive, given the components inside (see below for more details). In terms of increasing the number of players and making the map bigger, it does the job however, and is a positive in that sense.

Should you get it?

Only if you want to play Catan with more people, or if you'd like to play with a bigger map.


- This concludes the basic overview of the extension.
If you are interested in reading about the components please read on - 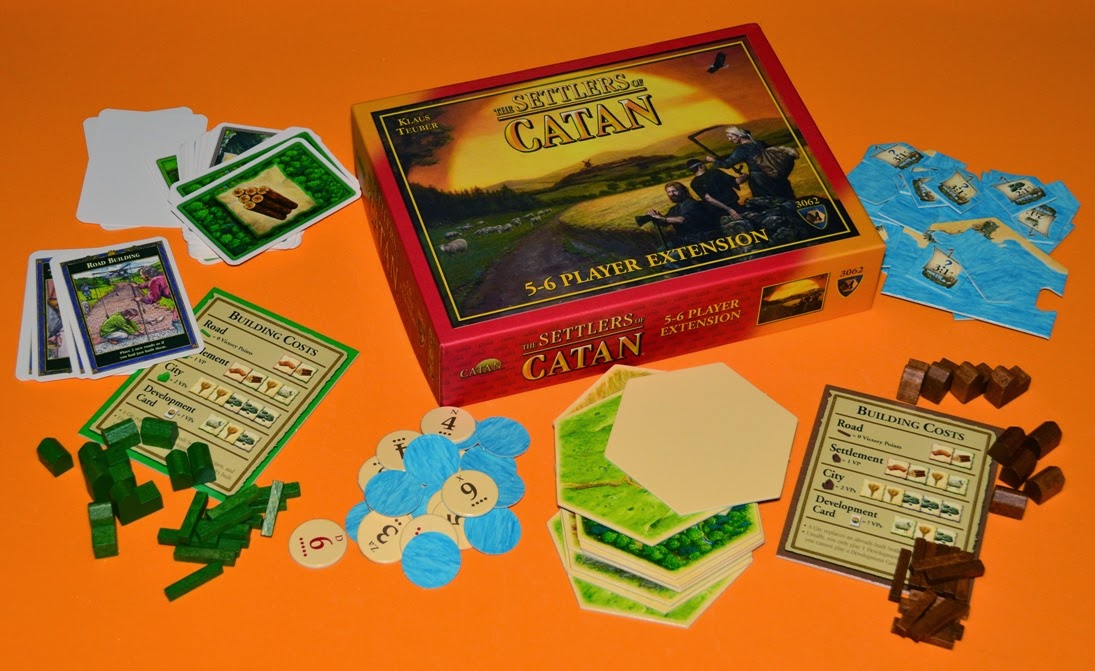 Now in reality, the major game-changers are the 4 frame pieces that expand the map. These make the map significantly larger. Of course, the tiles are important too as they allow you to fill up the space.

I haven't bothered to assemble the board but the instruction manual provides a diagram of what the extension does for you. The diagram doesn't show it so well but it basically creates an elongated hexagon. Below are the frame pieces as well: 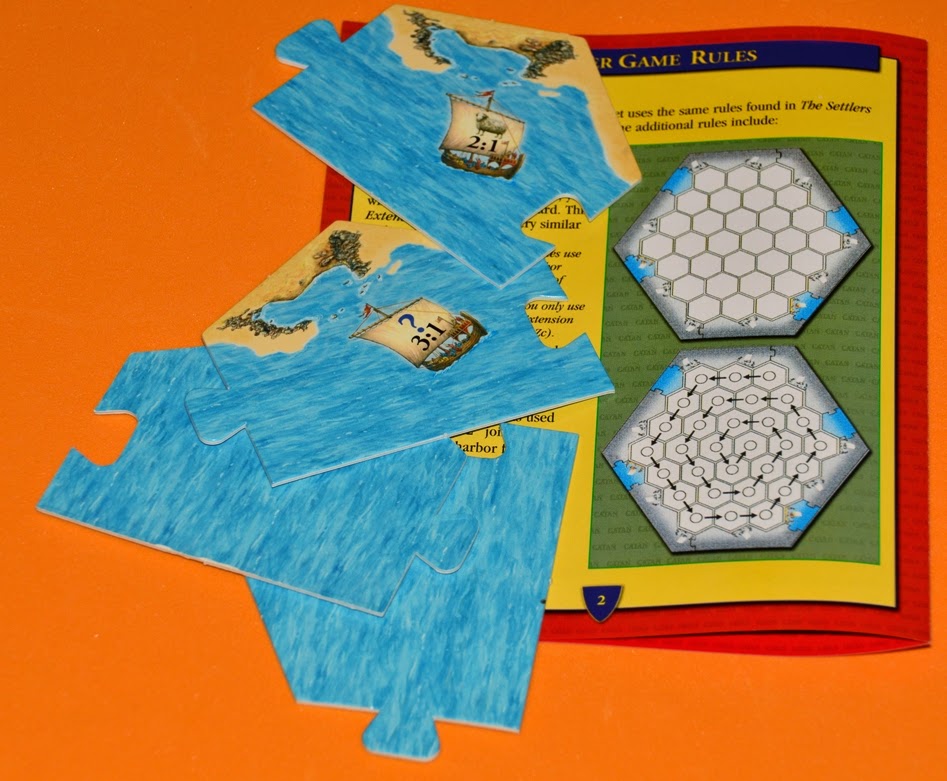 Having the ability to play 5 to 6 players is quite welcome for when you want to play The Settlers of Catan with more people.
Posted by Andre Lim at 14:33