One of the only games I own whose title not only contains a comma but is also, in substance, both an exclamation and an objection. 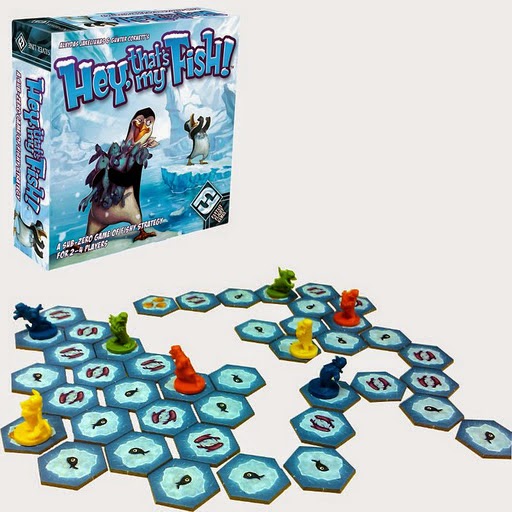 Versions: This version, compared to the (now out of print, if I'm not mistaken) Mayfair edition, is smaller in terms of box size and the components are a lot more 'cheapskate'.

The Mayfair 'deluxe' edition I speak of was apparently bigger and had larger cartoon-like plastic penguins. Just last year I was ready to order it from an online retailer only to be told that their supplier no longer stocked it - however, that was probably for the better as the deluxe version was 5x the price of the normal version and that would not have been worth it in my opinion.

I suspect they discontinued the deluxe edition in favour of the much more compact and smaller current edition,  which would sell for cheaper and (probably) generate more sales.

Time to play: 15 to 30 minutes. But be warned: relatively speaking, it can be frustrating to set up unless your friends give you a hand. But I suppose it isn't too bad.

Availability:  Can be found online and in hobby stores.

This looks like a kid's game - and it certainly could be. The theme of the game seems innocent enough: players position and move penguins to try and catch as many fish as they can from a sinking island of ice.

However therein lies part of the deception: the underlying strategy behind the game can be quite deep even for experienced adult players of the abstract strategy genre.

For example,  the positioning and timing of your penguins' moves is critical. Blocking also plays an essential role, especially with cornering opponents and limiting their space.

Overall, I think that whilst this makes for an interesting experience to someone who has never played the game, or even this genre, before (particularly because of the novelty of a disappearing game board as more and more ice blocks vanish from the board!), it will largely only appeal in the long-term to abstract strategy enthusiasts.

* September 2014: On second thoughts, whilst it is an interesting abstract game, there is only so much interactivity that is involved here in this game. I think it makes for a good past-time, perhaps even a "deeper filler" but it lacks that x-factor that makes a game decent or good. Therefore, on that basis, reduced from 6.5 to 6.4

If you like the idea of a quick area-control game that focuses on limiting the options of your opponent, whilst maximising your dominance with the right position-plays, then you should give this game a go. The shrinking game board also makes things interesting.

The game comes with 60 cardboard ice floe tiles which you can use to set up the game board in any shape you like (though the game recommends a rectangular shape).


Here are all the playing pieces that come with the game:


Now I'm going to demonstrate what happens in a two player game. Putting aside strategy, there is no real difference in gameplay apart from the number of starting pieces and the number of turns one has to wait before it arrives back at your turn.

Each player puts their pieces, one at a time, anywhere on the board. Then Yellow places its piece here: 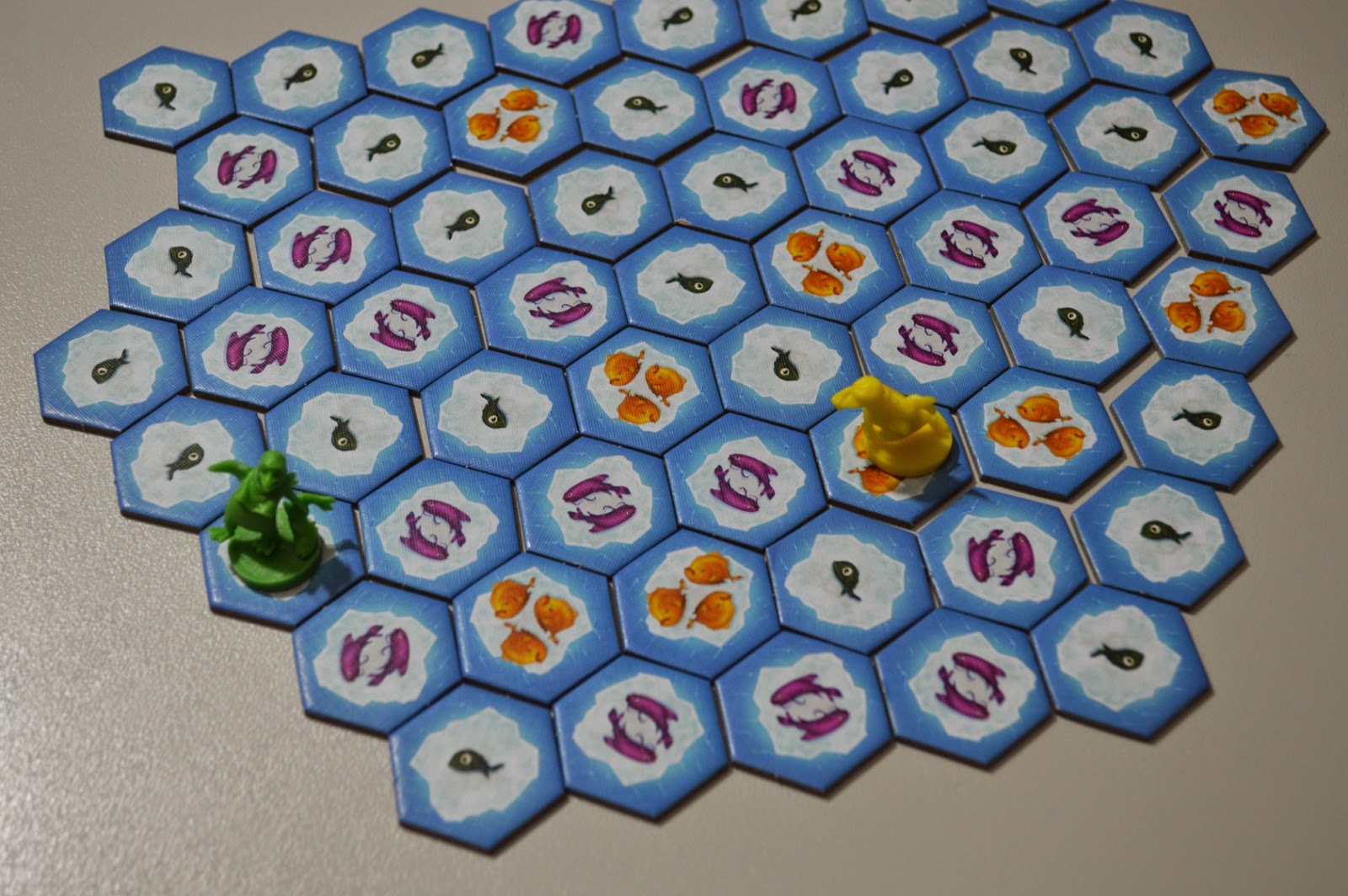 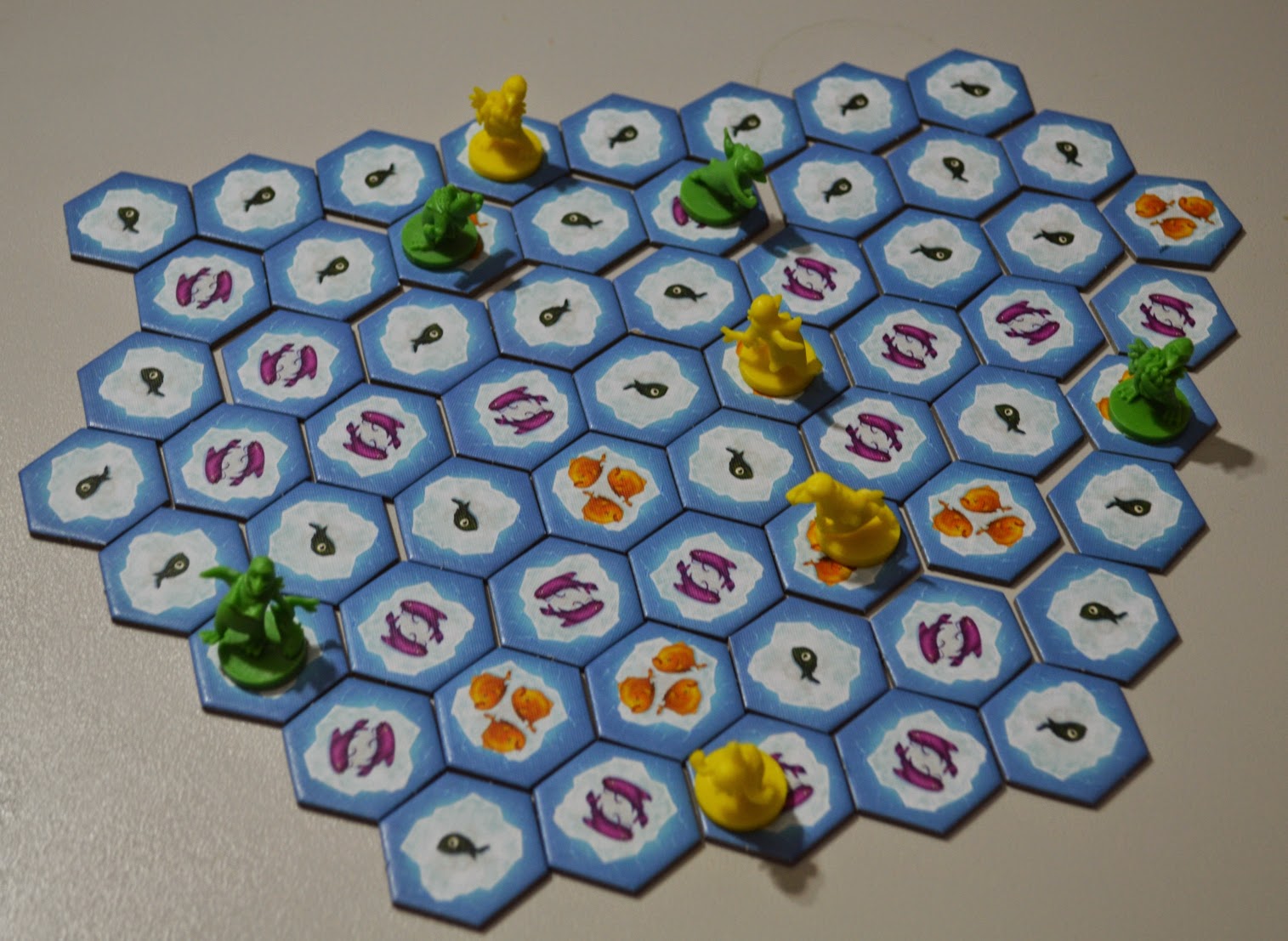 On each turn, players MUST move one penguin only in one direction.

Penguins must obey the following rules:

Scoring: The ice floe tile that was under the penguin BEFORE IT MOVED will now belong to the player that moved that penguin. The number of fish on the ice floe dictates how valuable it is - the more fish, the more points. Hence you only score points after you move a penguin.

You will want to secure higher-valued fish by moving your penguin onto those tiles - but you won't be able to score them until the next turn (and only if you move that particular penguin)! 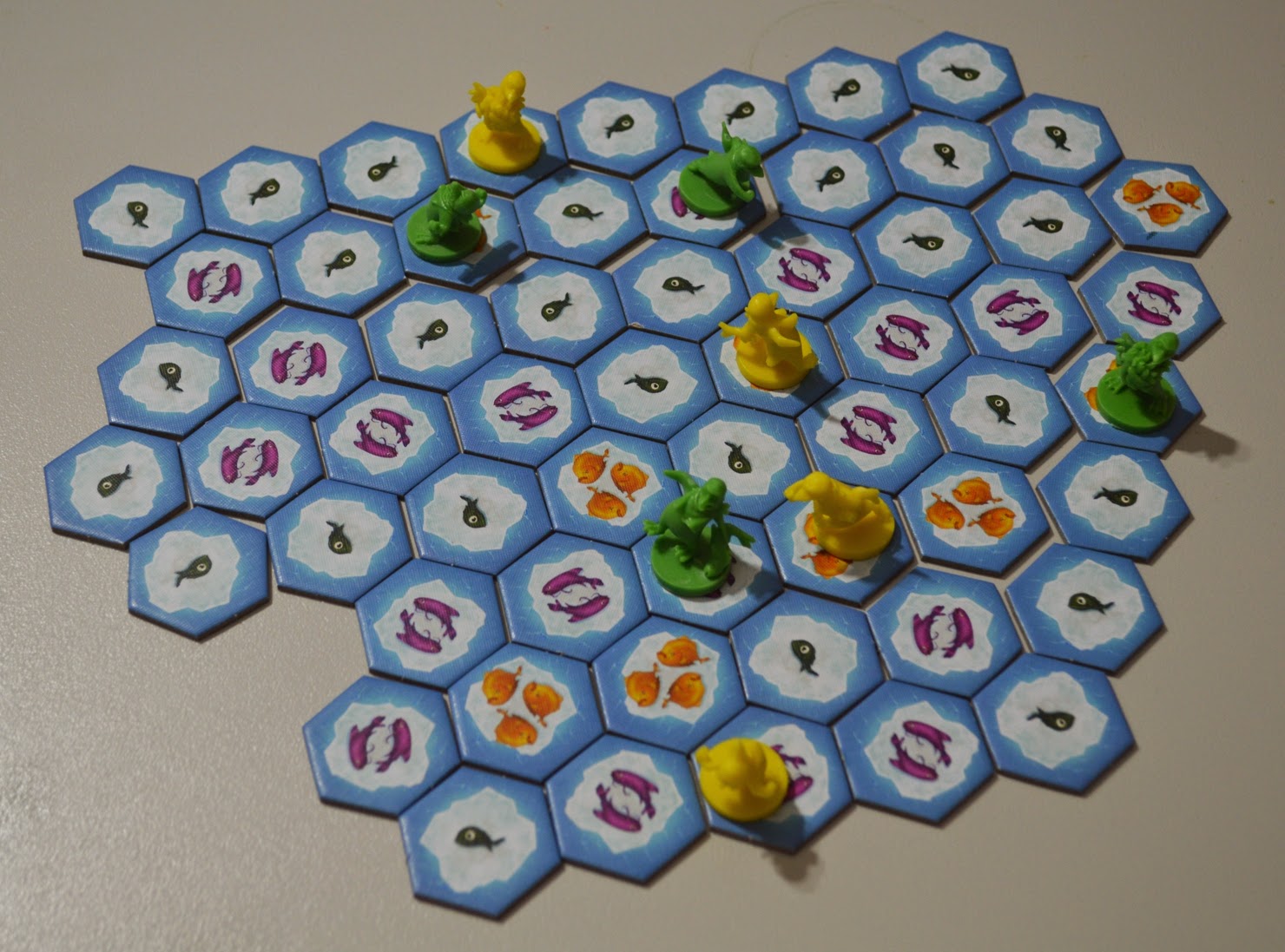 In this example below, the Yellow penguin (that was adjacent to the Green penguin that was just moved by the Green player above) has now moved to the north east corner and hence, the Yellow player can now take the ice floe tile with 3 fish on it. This is worth 3 points.

Yellow may move that same penguin again to obtain the 1 fish tile it ends the turn on, but only on the next turn.

If we fast forward the game after some turns have been played, it might look like this: 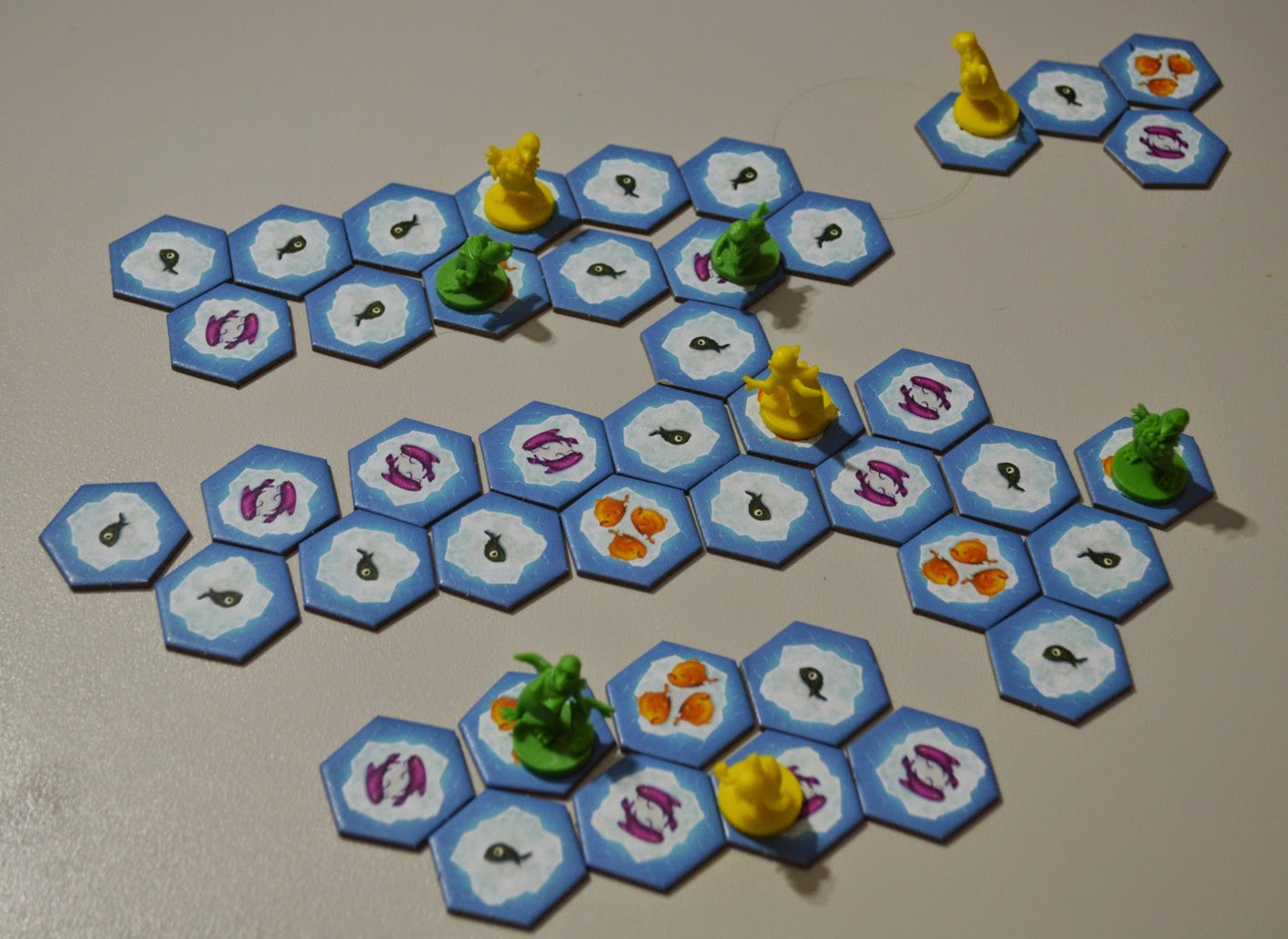 Notice how the north east corner has been created into an isolated island. Yellow will basically be guaranteed points from those ice floe tiles (as no one else is on it) but it will not be able to cross back into the 'mainland' and neither will any other penguin be able to access that isolated island.

Whoever has the most points, after all moves have been exhausted and no one else can move any more of their penguins, wins.