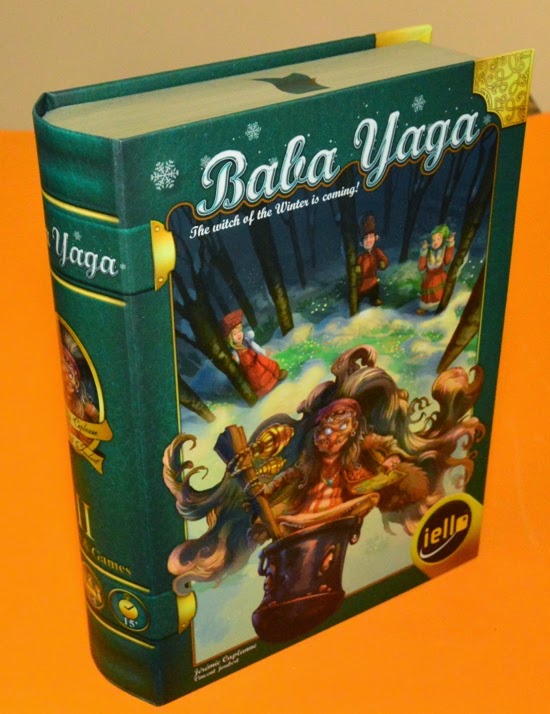 Part II of the Iello Tales and Games Book Series.

Publisher: IELLO - the same people who did King of Tokyo

Age: Game box says 6+ but I highly doubt this. I played this with my group, all of us young adults, and we struggled very badly. It was a very difficult game!

5.0+/- of 10. (Barely passes as a game, but can actually be fun depending on your group's attitude towards games - See my Rating Scale)

This is a frustratingly difficult game that requires both an excellent and fast memory as well as quick hand-eye motor skills. Whether you like this game or not will depend on your philosophy of games: Is a game meant to be challenging? Even to the point of tears? Is it meant to be relaxing? How many times should you play a game before you overcome its learning curve? Should the learning curve be steep? How skilled do you need to be?

I suspect though that the vast majority of people, who ought be classified as 'casual gamers', are not looking for an extreme challenge. Thus they will probably not like this game because it is ridiculously difficult. [My view? I think I'm the type who is up for anything - a crazy impossible challenge sometimes can be refreshing; but at the same time, playing a game that will be loved by everyone is a rewarding experience as well. But obviously not everyone is like me.]

As for this game, its learning curve is incredibly steep, to the point of it being almost vertical (slight exaggeration).

What happens in this game is that while one player [the active player] is searching for their ingredients, the other players are, one-by-one, quickly moving a figurine of Baba Yaga up and down a flight path [see the Rules for a better idea]. This serves two purposes: 1) to annoy/distract the active player on their turn and 2) to give the active player a time limit because it is only when Baba Yaga makes the full return trip that the active player's turn is over. The idea, in theory, is a good one and is quite novel. However, the whole problem with the game lies with Purpose #2 because this game mechanic barely gives the active player a few seconds to perform their turn.

I distinctly remember that, whenever it was my turn to collect ingredients, I would be overwhelmed by panic and frustration as there was never enough time to match the tiles in the game and I would always get confused by which tiles to flip over. Others found the experience to be similar - their turn was over before they even knew it.

Having regard to not only the intention the designers had for the game but also for what the game purports to offer in that respective genre of games, I think that Top Trumps is actually a better game than Baba Yaga. Even though gameplay is simplistic in Top Trumps, that game is intended to be that way because its main focus is on collecting cards pertaining to a person's interest. On the other hand, Baba Yaga is intended to be a dexterity game for children: but given how difficult the game is for adults, I'm not satisfied that it has fulfilled this aim - indeed, some critics of the game might even say it has failed miserably, but I am choosing to be a bit generous by scoring this a bare 5 out of 10. [I will note though that, arguably, when playing with kids, the active player may have more time to perform their turn as their opponents could be slower with moving Baba Yaga down the flight path]

What makes this game fun?
If you hate impossibly difficult tasks, it's not a fun game. Otherwise.... 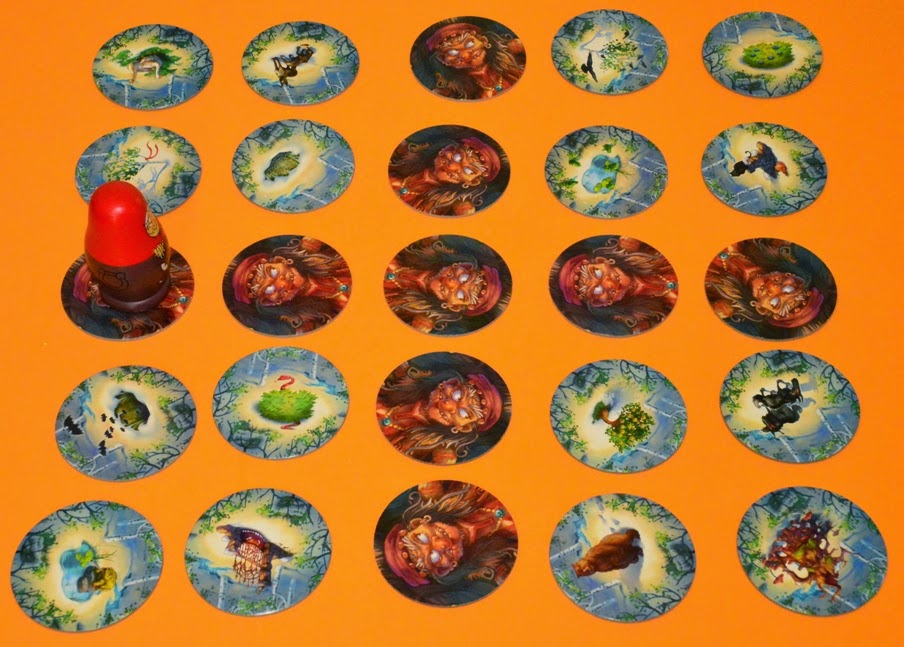 There lies a sea of 16 forest tiles, through which the middle cuts across Baba Yaga's two flight paths (vertical and horizontal).

A card is flipped over by the active player. 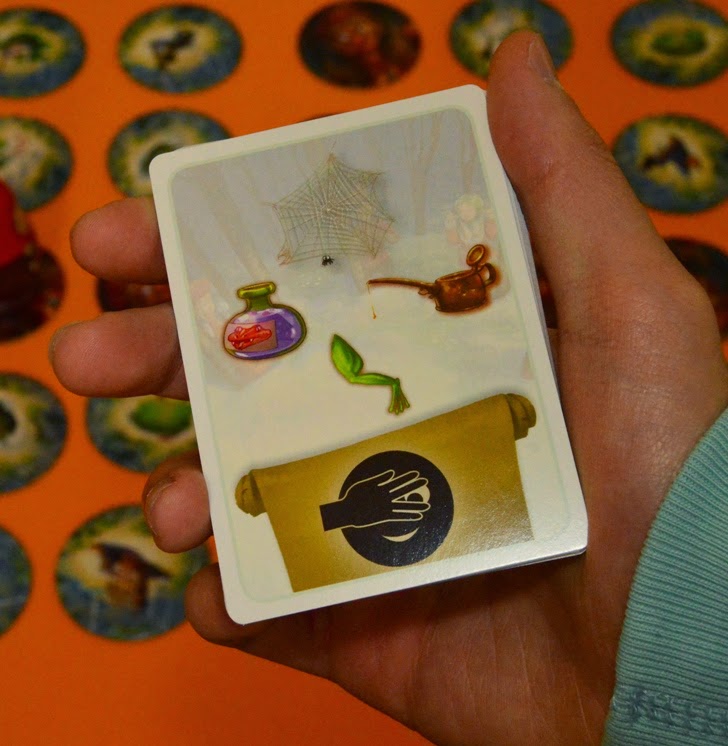 While the active player is flipping over ingredients, all other players (in clockwise order) move Baba Yaga one tile at a time from one end of the flight path to the other...and back again. The player on the left of the active player can decide Baba Yaga's starting position. This is somewhat novel at first but quickly wears off when you realise how you are making life impossibly difficult for your opponent (though, some may find this fun).


By the time the Baba Yaga figurine is returned to its starting position, the active player's turn is over (and this happens REAL FAST!!).

If the active player got all the correct ingredients, they obtain the card. Obtaining a card gives you various rewards such as extending Baba Yaga's flight by one additional tile (which hardly changes anything!) or forcing the active player to play with some kind of handicap.

The aim of the game is to be the first to obtain 3 cards.