I was told that people who are good at maths tend to be brilliant at this game (I don't know if this is true though).

Publisher: Apparently many, but the mainstream one I know of is Mattel

Players: 2 to 4. May be awkward with 3 players due to something related to the Kingmaker Scenario (where, potentially, 2 players can gang up on another player and make that person's life miserable).

I've heard that Blokus Trigon solves this problem to some extent, but have not tried it.

Time to play: 30 minutes, but I reckon possibly less if you want a quick game.

Price Range (AUD): $40 to approximately $70 (if ordered online). I bought a cheap version for about half price because the box was damaged, which proved to be very good value.

The price is fairly costly for what you get.

This is a good puzzle game for all ages. There is some strategic depth to this game, but it largely depends on who you play the game with. Personally, I don't really have much of a strategy ("move to the centre; occupy space; block people") but I have a good time anyway. Most people aren't really that serious either but they almost always enjoy this game.

However, the game can be as competitive as chess; I've even seen some opening moves being widely publicised such as the "Barasona" opening. As my friend Jason  (who loves this game) suggests, there is actually immense strategy involved as you often have to decide whether to "expand" your territory or to block opponents (there is a trade-off at work here). You also have to be pretty good with managing your pieces as you'll often find that pieces you could have used to migrate to a different section of the board were wasted in an earlier opening move.

The reason why I'm unsure about this score of 6.85* is because I'm not particularly a fan of pure abstract games. However, I will say that they are quite fun to play when you are in the right mood. This one is quite well thought out and it's no surprise that it's a modern classic. I do think though that Blokus 3D is a better game!

* September 2014: Reduced so that its score is lower than Blokus 3D.

If you enjoy a brainy challenge and don't mind trying a puzzle-based game, you should try it as it's quite interesting.

Everyone starts off with 21 pieces including:

Pieces are placed one at a time by each player. Eg. In the below example, Yellow puts a piece, Green puts their piece, then Red, then Blue

If you are playing a 2-player game, each player controls two of the four colours (played in alternating order). The rules state that there is a particular colour order but I don't think this really matters.

From now on, each player must play their pieces such that only the corners of their own pieces touch. (Note that more than one corner may touch)

This is a valid move:

This is also a valid move: 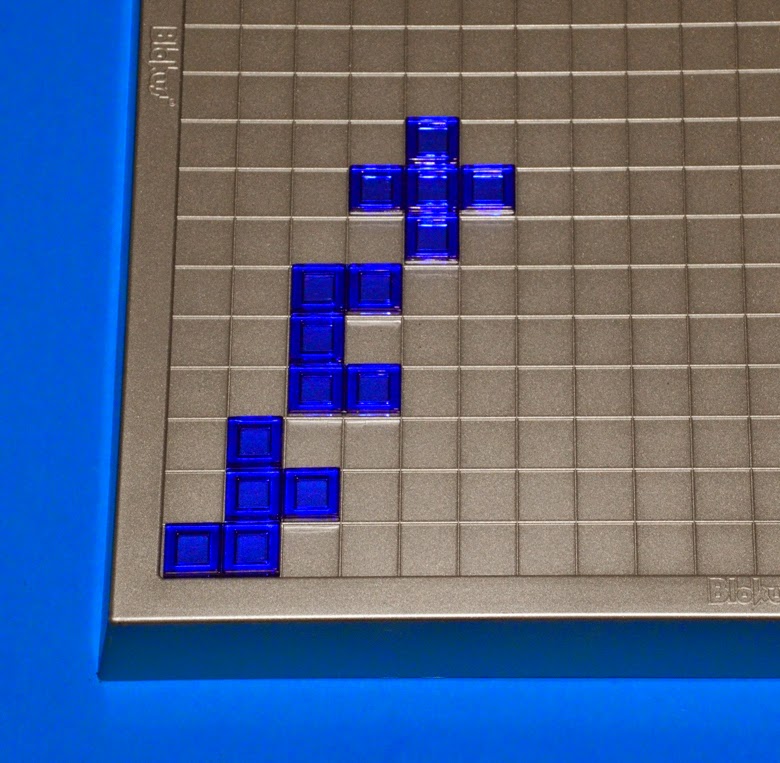 This below, however, is an illegal move as the flat sides on two of Blues pieces are touching each other. 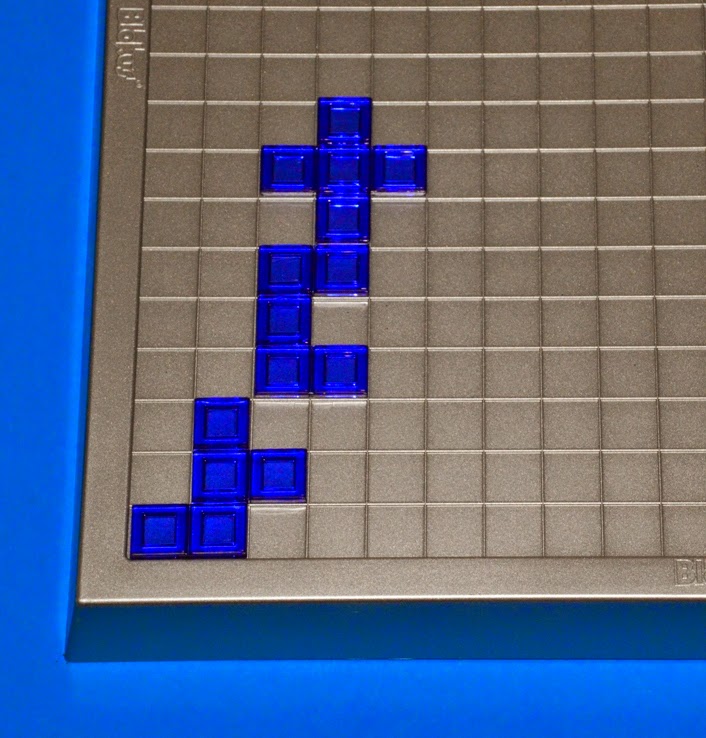 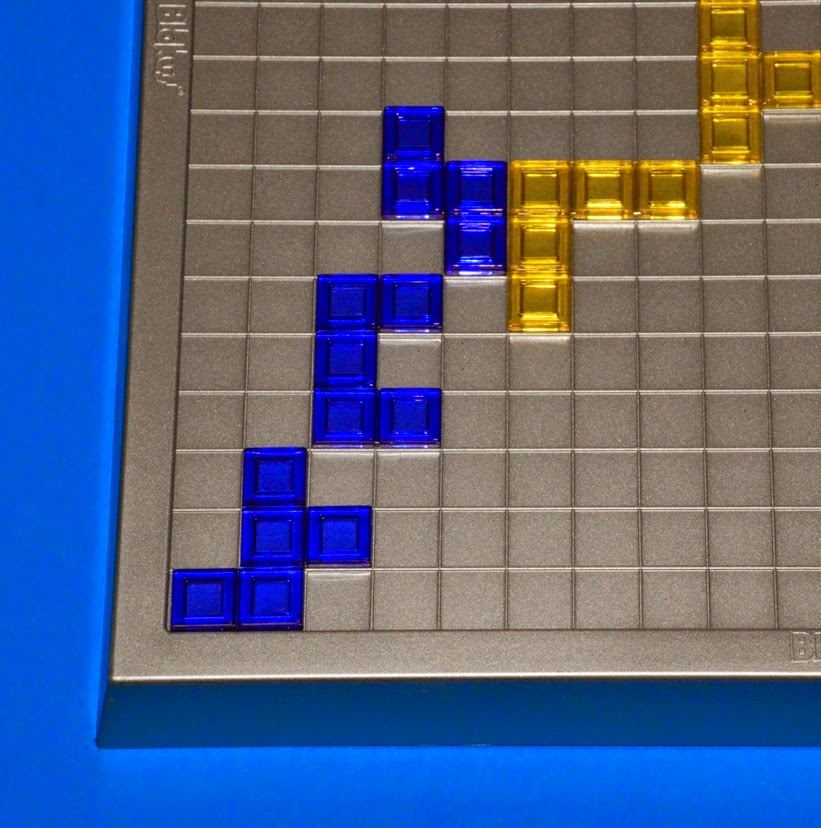 The game ends when no more pieces can be placed on the board.

You lose points for pieces you do not put down on the board equal to the number of squares your blocks consist of.

If you manage to put all your pieces down you get a bonus of +15.

If you put down all your pieces and the last piece you put down was a 1-square block, you get a bonus of +5 on top of the +15 bonus.