As colourful and intriguing as the Argentinian neighbourhood it is named after. 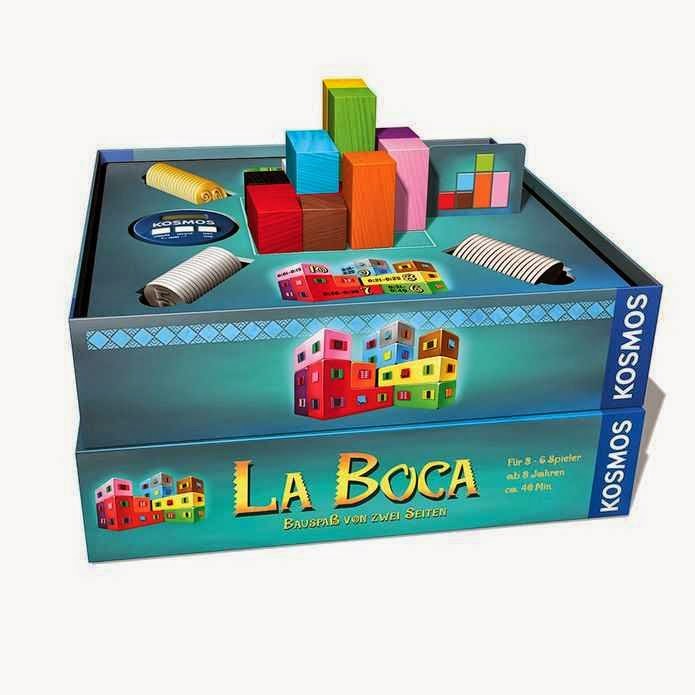 Publisher: Z-MAN games, but KOSMOS looks after it in Europe.

Time to play: 40 minutes - the gameplay actually doesn't take too long but sometimes fiddling around with players (changing seats) might take some time

Availability: I struggled to find this online (in more than one location) but it does exist. I am, however, unsure if you can it find in local shops.

This is a great partnership game where you take turns trying to solve a puzzle with EVERYONE.

That is to say, everyone partners up with everyone twice during this game. The person who cooperates best with everyone wins (as measured through points which, in turn, are dictated by how fast each pair finishes their respective puzzle).

I think this game is pretty cool and it's one of my sister's favourites.

*27 July 2014: Reduced from 8.05. The only criticism of this game, and it's a big one, is its spectator effect: that is to say, only two people play the game at any given moment and the rest just watch. However, of course, the spectator period isn't really for that long and it can still be fun watching everyone play (especially when they mess up!). The other thing is that the game itself doesn't have enough meat in it for it to be fully replayable. It's much better when played in a small group, say of 3 to 4.

If you enjoy the idea of cooperating with many different types of people, with the ultimate goal of solving various mind-bending puzzles (as fast as you can!) this is a good game to pick up. It's also a solid game in general to try as it features pretty cool gameplay.

This game is pretty easy to explain (compared to Can't Stop for example, which I thought was a nightmare to explain.)

For example, the below picture shows the set up for Yellow if it was a 4 player game. 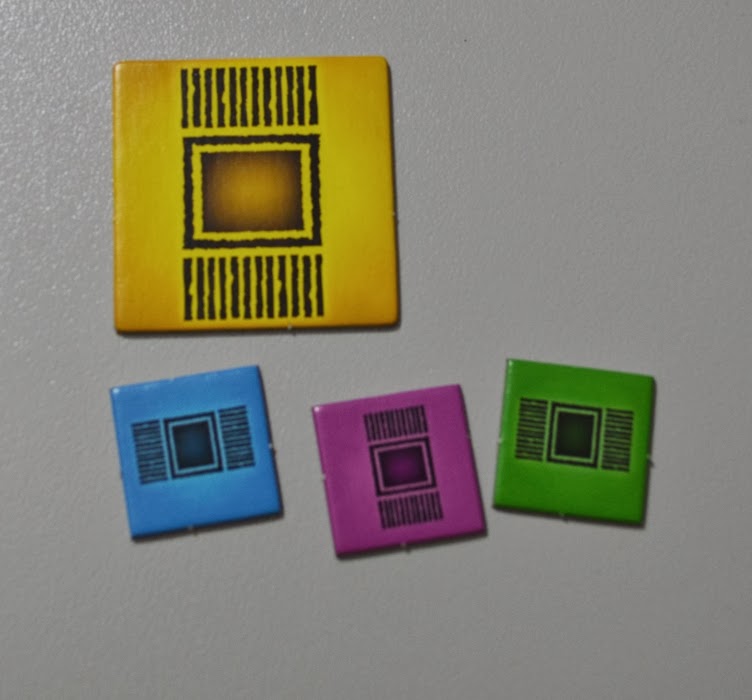 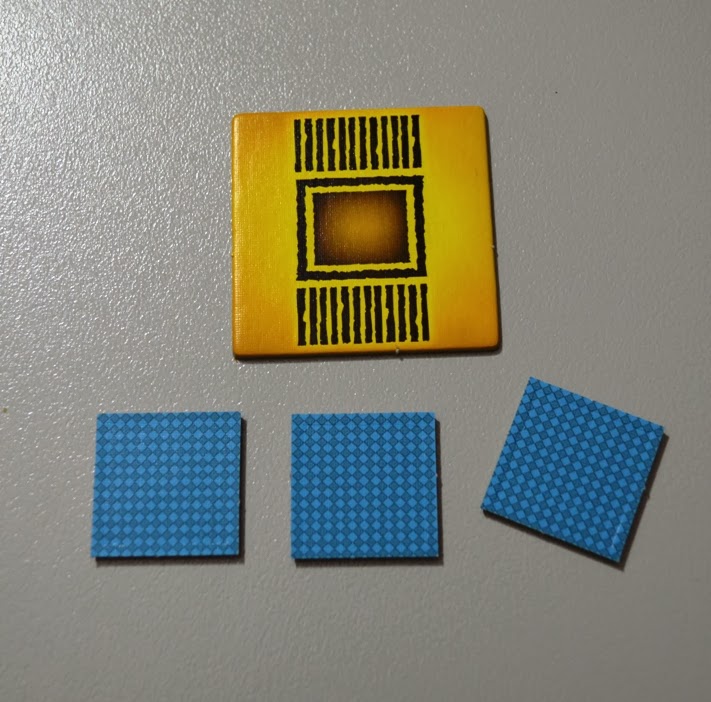 These tokens are nothing special; they are just there to establish who will be partnering who.

For example, if Yellow flips over their small token and it reveals Purple, then Yellow and Purple will partner each other this round:

Partners then face each other on opposite ends of the game board. Someone puts a card into the card slot and someone else (or one of the partners) pushes the start button on the timer.

Now, each side of the card will display a particular orientation of blocks in which the partner sitting on that side will be trying to fulfil. Note that you must always look at the blocks at eye-level.

For example, this is the view of a completed puzzle from one end:

And this is the view from the other end of the board:

For example in the above example, one partner could ask "Do you see any green?" and the other partner could reply "No, so let's hide it.", resulting in the puzzle looking something like this from above:

When both partners agree that their sides are complete, they both must yell finish. When this is done, the timer is stopped.

One or two of the other players should check to see if the respective sides of the card have indeed been fulfilled by each partner. If something is wrong, each partner gets zero points (or alternatively, as, a custom rule, the timer must start again and time added on equating roughly to how long the break was)

If the players are correct, they are awarded points depending on how fast they finished the puzzle (a table is provided with the game). For example, they both get 10 points each for a time of 15 seconds or less; but they will get zero points if they take longer than 2 minutes.


Once the round ends:

Then the next person (clockwise direction perhaps) flips over a small tile to see who they partner next. The above steps are repeated until all tiles are flipped (so that everyone has partnered everyone else twice)

Whoever has the highest score wins.

A harder version is available if you use the red block and the darker-shaded cards as below. These are usually, but not always, more challenging than the base set: 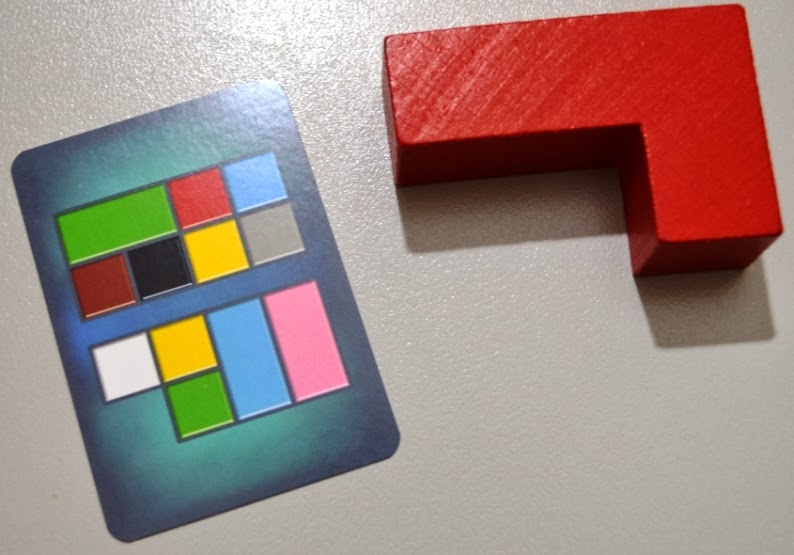