A game that I bought for my sister Chloe.
It's part of this crazy, mad series of games whose rules are ever-changing; in a state of flux.

Importantly, the Fluxx series is renowned for tributing popular culture - and in this instance, it does it very well.

Players: 2 to 6. But, as stated above, possibly more can play if you combine versions, so long as you aren't fussed with the card backs being different.

Time to play: Box says 10 to 40 minutes. There is a reason for this large variation (see "The Bad"). You could actually finish the game in 1 minute.

Availability: Since it's a relatively recent release, it's quite widely available. Can be found online.

A light and interesting game especially suited to players who are easygoing and don't take things too seriously. HOWEVER please be warned: You won't like this if you desire rigid rules and stability/order in a game.

One of the best parts of this game is the fact that you have the power to change the rules at any given moment, and because of that, this causes the game to be inherently chaotic. This includes changing the victory conditions!!

My favourite part of this game though is the tribute this game pays to the Wizard of Oz. If you know the story behind Wizard of Oz (and I don't - at least, not fully) you will appreciate this game a whole lot more.

The game's main downside is that it is literally impossible to predict when someone will win the game because the rules of the game (and hence, the goal required to achieve victory) constantly change.

*July and October 2014: Reduced from 7.25. As wacky and as crazy as this game is (which is a good thing), the yearning for a proper and more serious game can sometimes make this game a bit of a drag especially when the winning conditions of the game continually and sporadically change.

If you enjoy fast-paced chaos and don't mind learning a bit about a classic tale (you should play with a Wizard of Oz expert to facilitate this), you should give this a go.

This starting card explains everything. 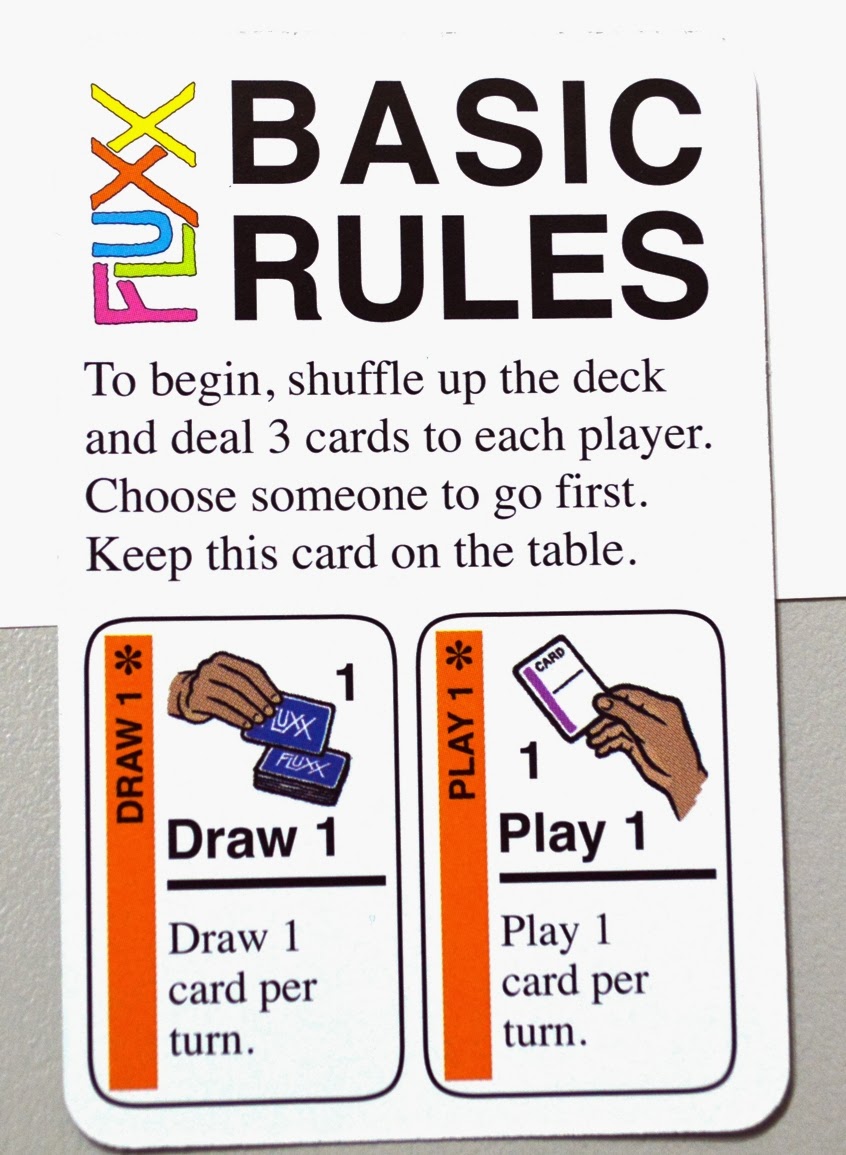 Everyone gets 3 cards. You draw 1 and play 1 Card at the very start.

However, as I've been saying, the rules can change at any given moment. So over a few turns people can play cards that override the existing rules such as in the below example:


If 2 Rules cards are in conflict, the latest rule applies. So if someone were to play a "Draw 3" card then the "Draw 2" card above would be discarded and the "Draw 3" card would replace it [and the person who played it gets to draw an extra card straight away].

There are other rules cards - there's even one that says people wearing green and/or glasses get to Play and Draw 1 extra card.

Here are some of the other cards in the game